Being Missional in Our Worship Times - Americans need more sleep 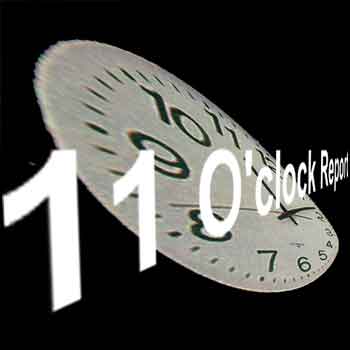 Being missional must factor into everything that we do. This should include even such things as our worship times. Is this not what a missionary would do? Is this not what a church planter would do? Absolutely! They would say, what time would have the best chance of having someone that we are trying to reach attend? They would not say, hmm, I think I'll have it at _____ time because that is what I like.
So what worship times would be culturally appropriate? That, of course, will depend upon the culture. I imagine that this might be very different in Africa, Europe, or Asia. But what about typical American culture?

Here is where research is helpful--something which every missionary, missional leader, or missional church must do. Consider these three news stories and the research behind them:

- ABC News Story on Americans and Sleep Patterns - This news story reports on a2007 study that shows Americans are: ) losing sleep to work; and 2) losing sleep to commutes. This is particularly true in suburbia. Furthermore, cellphones are extending the work days of Americans. Where do Americans catch up on this sleep? "The survey suggests that people who cut back on sleep on weekdays often try to sleep in on Saturday and Sunday."

- One-third Of Americans Lose Sleep Over Economy - March 2, 2009 - "One-third of Americans are losing sleep over the state of the U.S. economy and other personal financial concerns, according to a new poll released today by the National Sleep Foundation (NSF)."

- Americans Just Want a Good Night's Sleep - This 2005 survey by the Barna research group indicates that "Seven out of ten adults (71%) said they look forward "a lot" to having a refreshing snooze." This was the number one thing that people looked forward to, above, vacations, travel, entertainment, etc. These results were true for both those with children and those without. It seems that nearly everyone is sleep deprived.

All of this would point towards late Sunday morning start times for worship if one wants to have the unchurched attend. And early morning starts are probably not good for most churched people either, due to a general lack of sleep throughout the week from work and commute times. Ragged schedules at other times due to kids' activities are perhaps controllable, but work and commute times often are not.

The realities of this is why churches that are seeking to reach out often have worship services at 11:00 PM or 11:30 PM on Sunday, and no earlier than 10 PM. Early afternoon services, such as 1 or 2 PM, might also be tried. Some churches have even gone to Saturday night services. The Jewish day began at sundown, so a case can be made for Saturday evening being "resurrection day," though it is not typically thought of in this way for most Western cultures such as the US.

We would withdraw support from a missionary that went to Africa and failed to adjust meeting times to fit the culture, and no amount of saying, "This time fits best with our members" or "This is when we have always done this" would be listened to. The problem is, in an established church, these questions are usually not even asked. Usually, they are not asked because the church views itself as an institution for club members, not the people of God on mission to reach the world for Christ.

Missional thinking must factor into everything that we do.

When do you think your unchurched friends and neighbors would most likely attend a worship service?

You need to be a member of Missional Outreach Network for the Missional Church to add comments!

Comment by Taylor Cave on May 25, 2009 at 4:23pm
I need to check this site more often! Paul asked about teachers - yes, they are free to leave during a closing song - we always stand for that one. The students come all at once after worship, so you do not have to try to "entertain" early arrivees while waiting on others. Also, because we really do not advertise when Bible class starts, it need only end 50 minutes after worship ends.

Comment by Taylor Cave on April 22, 2009 at 5:08pm
About two years ago we swapped Bible class and worship and started the whole thing 30 minutes later. i.e. worship is now at 9:30am followed by Bible classes. Worship attendance stayed the same and we gained 100 people in our Bible classes! Factor in Thom Rainer's research (High Expectations, p. 45) which says 80% of people who only attend worship will not be around within five years, we feel this was good move for us.
In Bible belt states, even unchurched people kind of expect worship to be on Sunday morning.
-Taylor

Comment by James Nored on March 24, 2009 at 2:22pm
Linda, I have tried to imagine something like this as well, and have not quite gotten hold of how it would work. Certainly we need more intimacy and times of mutual sharing in our assemblies--something which is quite natural in a home. Some combination of people coming and going in a building, at times talking at tables and sharing coffee and the Lord's Supper, with different singing and preaching times interspersed at different times, perhaps?

Comment by Linda Kay (McPhail) Priddy on March 24, 2009 at 2:16pm
I am trying to imagine a worship assembly without "time" as a deterrent...without everyone doing the same thing at the same time...instead of hundreds of people together, perhaps smaller groups participating on a more intimate level in singing, praying, the Lord's supper, hearing a message, etc., but still at one location. One alternative would be to have different rooms or areas set up for different things, offering them not only one time each Sunday, but repeated two or three times. You could combine several activities or have each one separately. Time would still be an issue as there would be beginning times for each of the activities, but arrival times could be more flexible. The day would not be as "theatrical" in presentation...sermons interspersed with prayers and singing to emphasize the topic, etc., but the feeling of a closer, smaller community could be enjoyed. Friends could plan to attend the same activities at the same time if they choose. I'm still trying to get my mind around this idea. The day could run from early to late...

Comment by James Nored on March 24, 2009 at 2:04pm
Ed, great points here. The decision to central means does have a lot of implications for our assemblies. I would certainly say that there would be nothing wrong with having many different house/neighborhood gatherings. This would certainly allow for more customization of times (and everything now is becoming more and more customized).

Barring decentralization, then what criteria should we use for picking a time?

Comment by Ed Dodds on March 24, 2009 at 11:59am
FWIW: If you look back at NT times it would be very rare for anyone to walk for more than say 5 miles (or so) to congregate. It was mostly home churches. If folks meet in neighborhoods with neighbors in smaller groups a lot of these issues are easier to sort out. It is our CULTURAL decision to FAVOR the CATHEDRAL model over the BAZAAR (open source reference there). Again centralizing vs decentralizing is a completely cultural decision on our part. We should ask: what do the holy writings set out as the goal of assembly? And when assembly is described, does it always imply a single assembly or are we reading this into the text based on the home church experience we grew up in?

Comment by Steve Cunningham on March 21, 2009 at 8:47pm
Good point about the porch light. If our light isn't shining when we assemble it won't be attractive.

Comment by Steve Cunningham on March 20, 2009 at 3:00pm
Meeting when it is convenient for the most people? What a great idea! And making meeting times accomodating for the unchurched? Another marvelous Idea. If we want to have an opportunity to minister to those outside the church who need Christ we should be willing to be accomodating in order to get them on the inside of the church so we can minister to them.

Comment by James Nored on March 20, 2009 at 2:51pm
Paul, I have not finished my paper. I have done a lot of writing and a lot of implenting, but not a lot of writing. Trying to change that!

If we were just dealing with Christians, then I might be a bit tougher on this time thing. But I'm taking into account non-Christians.

As to why people are so sleep deprived, the research above shows that the primary reason is work and commute times. People really are worn out. As to commitment and heart--the old school thinking says that people's lives ought to revolve around "church times and meetings." A missional way of thinking says that the church is primarily on mission. We want our members at George Strait concerts. I'll bet there are a lot of lost people there! (Ha, ha. I'm not a big country fan.)

Setting a time that is outside of the rhythm of one's life and then saying that people ought to be more committed seems a bit - I don't know. It just seems to not be missional thinking. After all, we could set worship for 3 AM and then tell people that if they are committed, then they should meet then.

My point is, why not set up worship times that accomodate the lives of both Christians and non-Christians, rather than create unneeded barriers?

The ski slope worship times is a good example of accomodating.

Stella Kwale is now a member of Missional Outreach Network for the Missional Church
Aug 28, 2017
Welcome Them!