If you raise children in the way of the Lord, will they really never depart from it? - 3 Keys to Understanding Proverbs 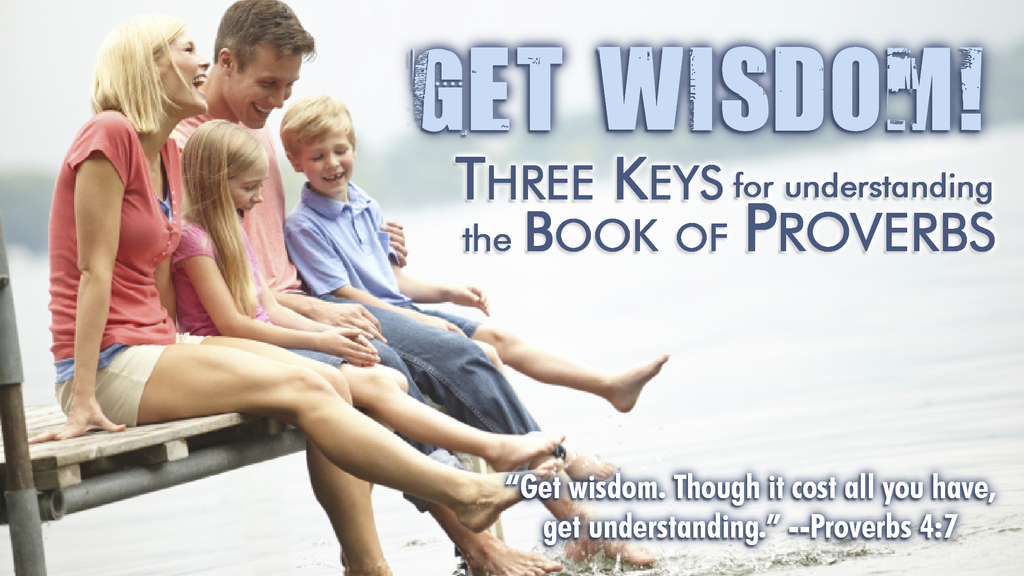 Proverbs 22:6 says, "Train up a child in the way he should go, and when he is old he will not depart from it." This might be one of the most assuring--and scary--and misused passages of Scripture in the Bible. As I am preaching on Proverbs this week, I thought of this verse, which is a good verse to explore to understand and illustrate what the book of Proverbs is all about, and how to use and not use these proverbs.

As a parent, Christian, and minister, I desperately want my children to follow God, accept Christ, and be faithful Christians all of the rest of their lives. When my oldest child was baptized, it was one of the greatest days of my life. My oldest daughter, Gina, has always had a good heart, loved God, and done the right thing. She also is a deep thinker, very smart, and has always had a lot of very good questions about God and faith, even as a little girl.

At times I wondered if she might be "too smart"--too filled with questions--to take that faith step. However, that was not the case, and she made decision to follow Christ. I was so glad! Now, just two more to go--plus a lifetime of faithfulness. No pressure!

For parents raising children in the Lord, Proverbs 22:6 can be reassuring. If you have raised your kids to follow Christ, then you can trust that they will stay faithful. But . . . . what if he or she does not? As parents, we can fear not only that this might happen, but that if it does, it is our fault.

And in fact, this is exactly what some Christian parents conclude when their children do not accept Christ or later fall away--that they are at fault--because of Proverbs 22:6. After all, if we believe the Bible, do we not believe that Prov. 22:6 is true?

While belief in God's word is good, we must understand the nature of different passages of Scripture--including the book of Proverbs. With that in mind, note these three things about this book and the nature of the proverbs found within it.

Proverbs has tremendous wisdom and value, but it is best understand and used when the genre is understood, as well as the fuller revelation that we have in Christ.

Replies to This Discussion

Thank you for your thoughts, dad. You and mom did a great job raising us kids! :)